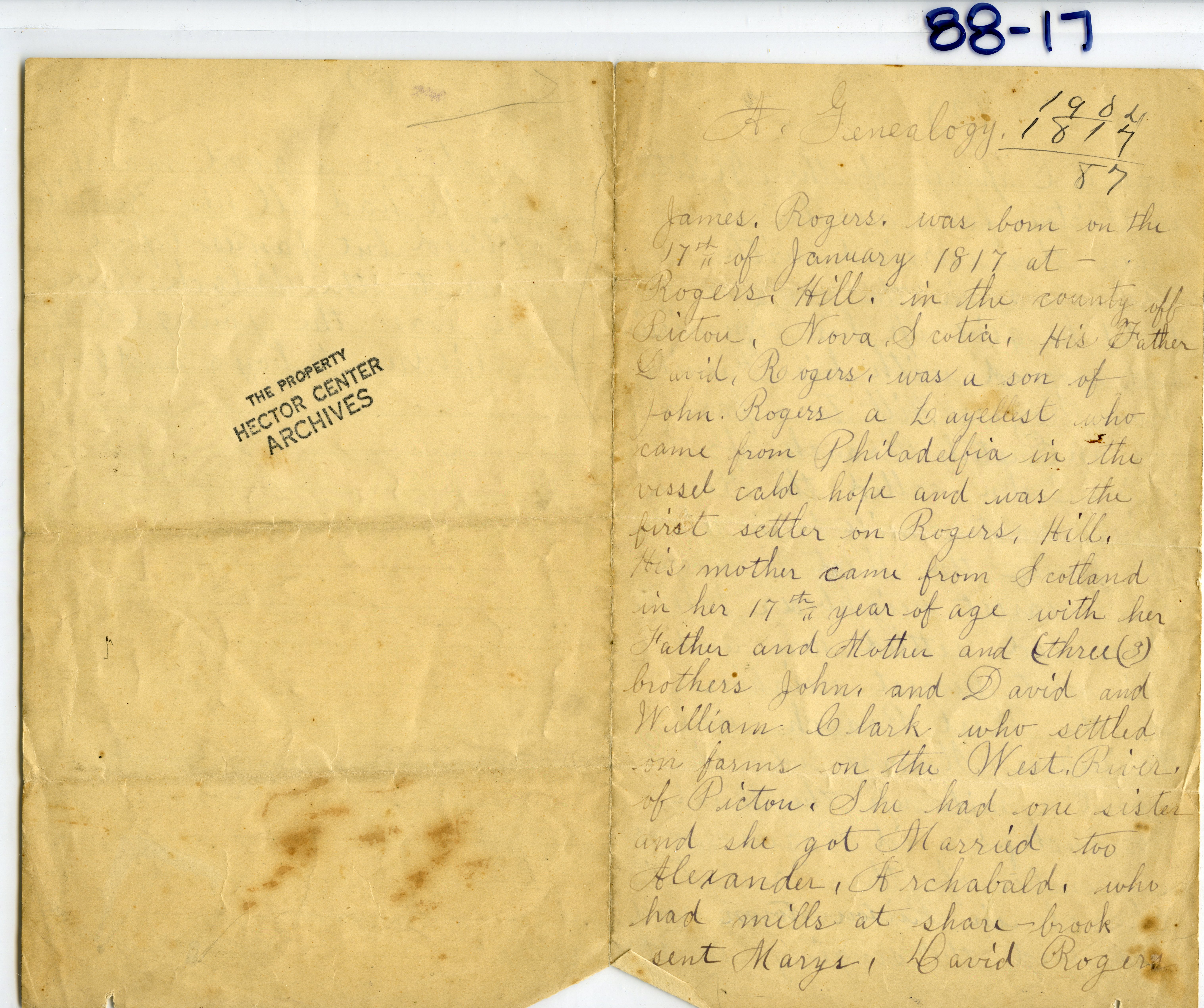 James Rogers was born on the 17th of January 1817 at - Rogers Hill, in the county off Pictou, Nova Scotia.  His Father David Rogers, was a son of John Rogers a Layellest who came from Philadelfia in the vessel cald hope and was the first settler on Rogers Hill.

His mother came from Scotland in her 17th year of age with her Father and Mother and three (3) brothers John, and David and William Clark who settled on farms on the West River of Pictou.  She had one sister and she got Married too Alexander Archabald, who had mills at share-brook sent Marys.  David Rogers