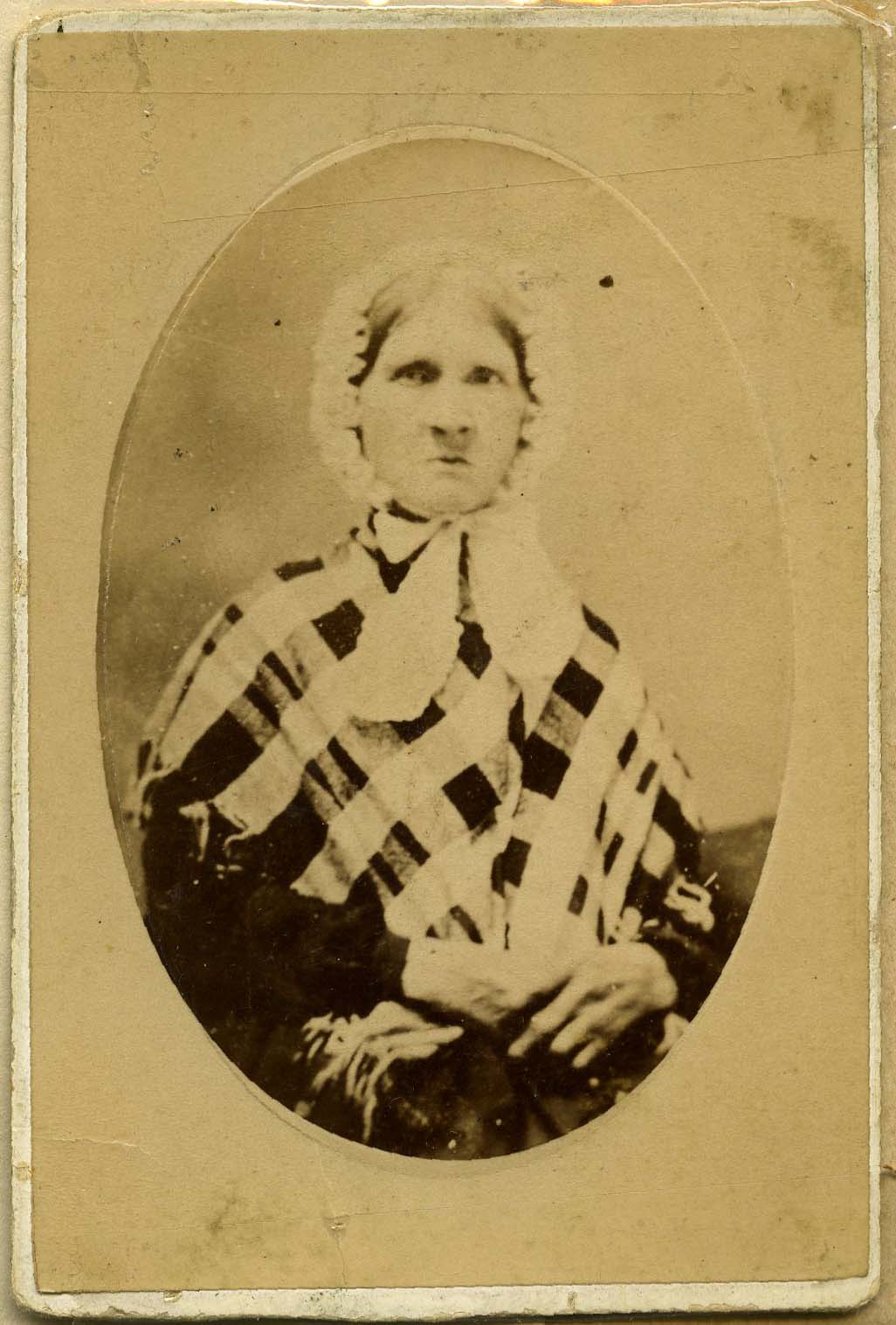 Written on back of photo -

Prudence was born about 1795, Staffordshire, England, the daughter of blacksmith, James Smith.

Prudence married Noah Priest and they emigrated to NS as Noahs was employed with the General Mining Association, Albion Mines. They eventually took up farming at Central Caribou, Pictou County, Nova Scotia.

Noah died 25 November 1851 at the age of 62.  His obituary stated he was well known as a long resident at Albion Mine, and much respected for his general character.