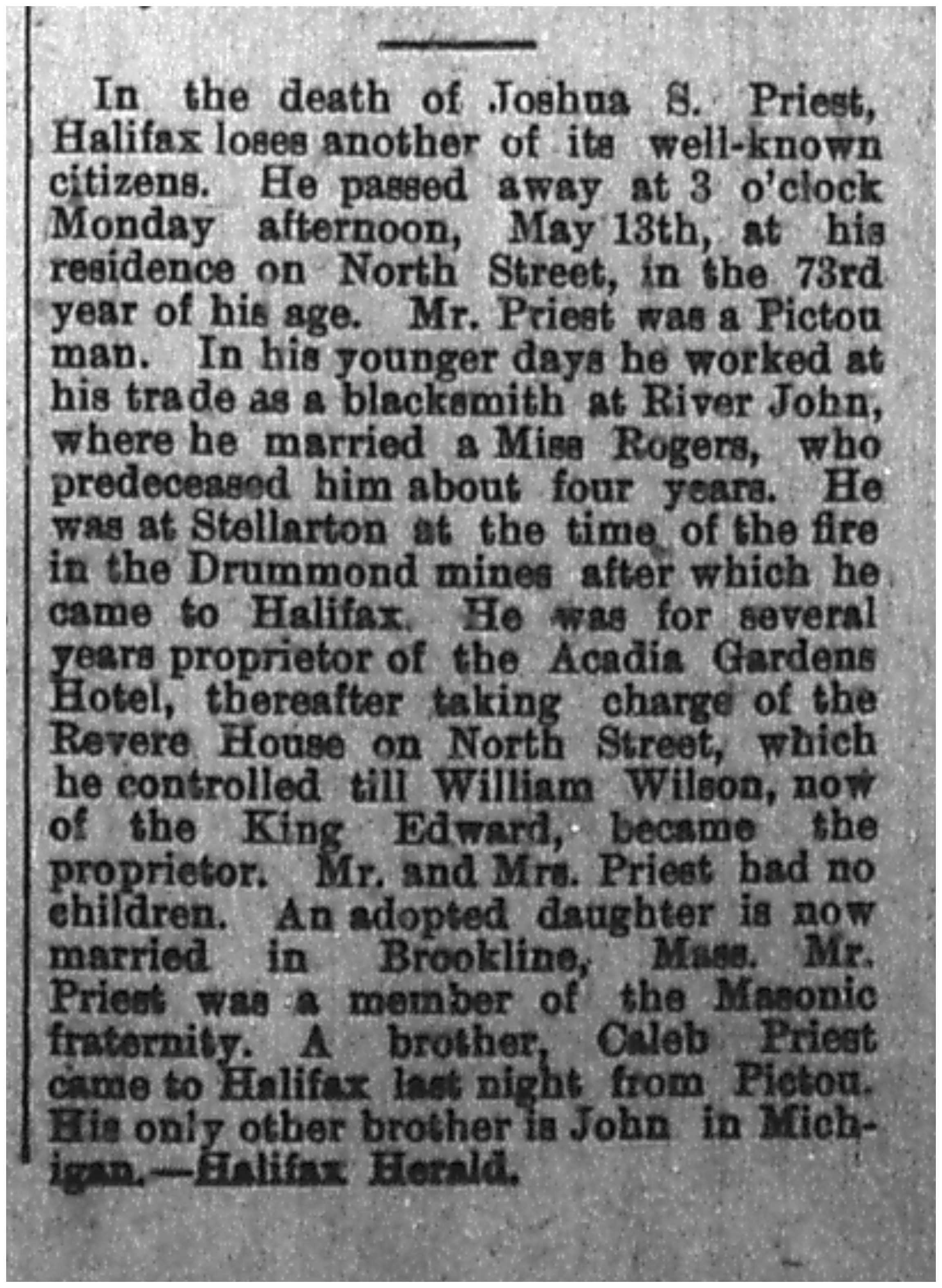 Joshua Priest obituary printed in the Pictou Advocate, 21 May 1907.

In the death of Joshua S. Priest, Halifax loses another of its well-known citizens.  He passed away at 3 o'clock Monday afternoon, May 13th, at his residence on North Street, in the 73rd year of his age.  Mr. Priest was a Pictou man.  In his younger days he worked at his trade as a blacksmith at River John, where he married a Miss Rogers, who predeceased him about four years ago.  He was at Stellarton at the time of the fire in the Drummond mines after whichh he came to Halifax.  He was for several years proprietor of the Acadia Gardens Hotel, thereafter taking charge of the Revere House on North Street, which he controlled till William Wilson, now of the King Edward, became the proprietor.  Mr. and Mrs. Priest had no children.  An adopted daughter is now married in Brookline, Mass.  Mr. Priest was a member of the Masonic fraternity.  A brother, Caleb Priest came to Halifax last night from Pictou.  His only other brother is John in Michigan. - Halifax Herald.