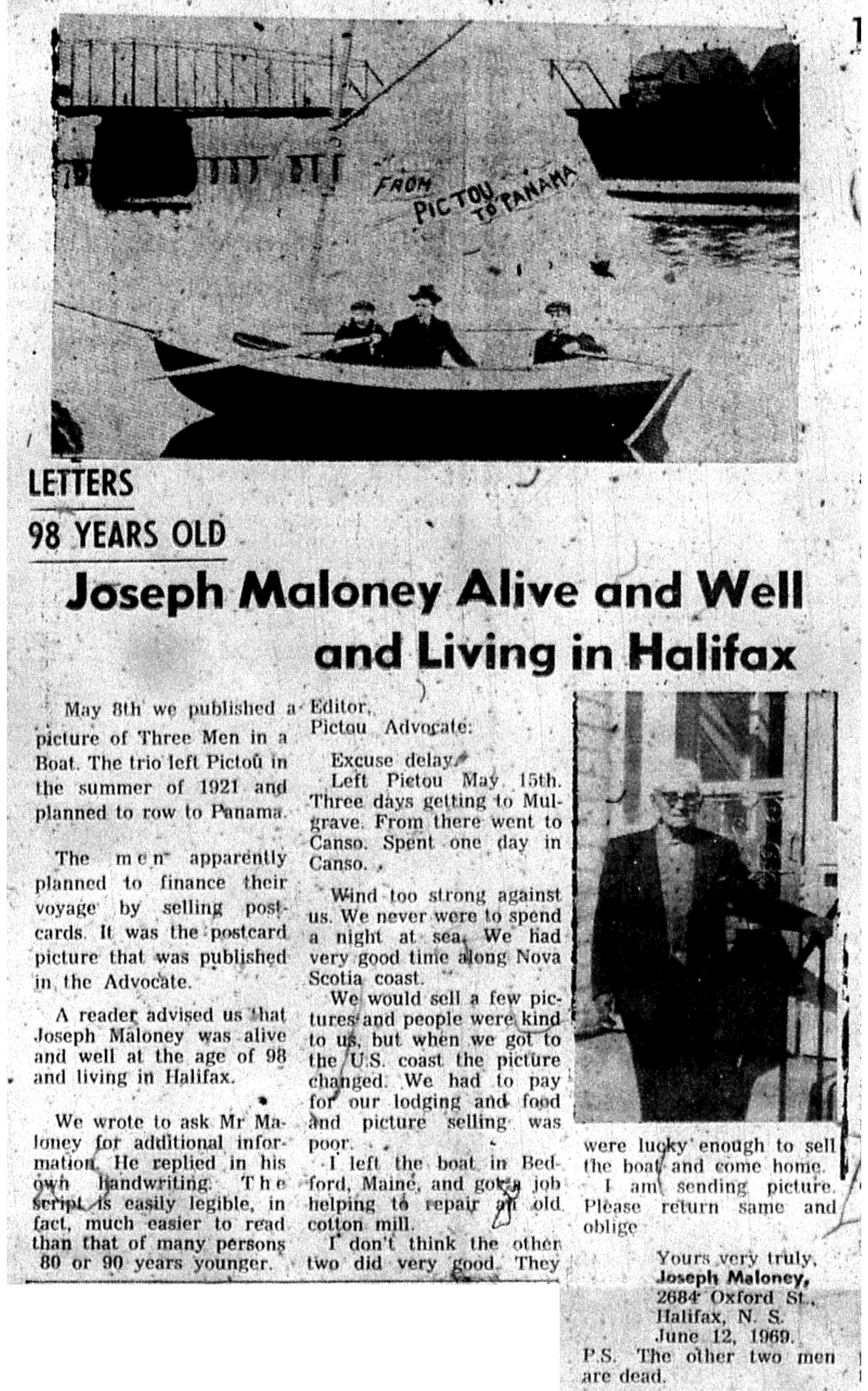 Joseph Maloney Alive and Well and Living in Halifax

May 8th we published a picture of Three Men in a Boat.  The trio left Pictou in the summer of 1921 and planned to row to Panama.

The men apparently planned to finance their voyage by selling postcards.  It was the postcard picture that was published in the Advocate.

A reader advised us that Joseph Maloney was alive and well at the age of 98 and living in Halifax.

We wrote to ask Mr. Maloney for additional information.  He replied in his own handwriting.  The script is easily legible, in fact, much easier to read than that of many persons 80 or 90 years younger.

Left Pictou May 15th.  Three days getting to Mulgrave.  From there went to Canso.  Spent one day in Canso.

Wind too strong against us.  We never were to spend a night at sea.  We had very good time along Nova Scotia coast.

We woul sell a few pictures and people were kind to us, but when we got to the U.S. coast the picture changed.  We had to pay for our lodging and food and picture selling was poor.

I left the boat in Bedford, Maine, and got a job helping to repair an old cotton mill.

I don't think the other two did very good.  They were lucky enough to sell the boat and come home.

I am sending picture.  Please return same and oblige

P.S. The other two men are dead.