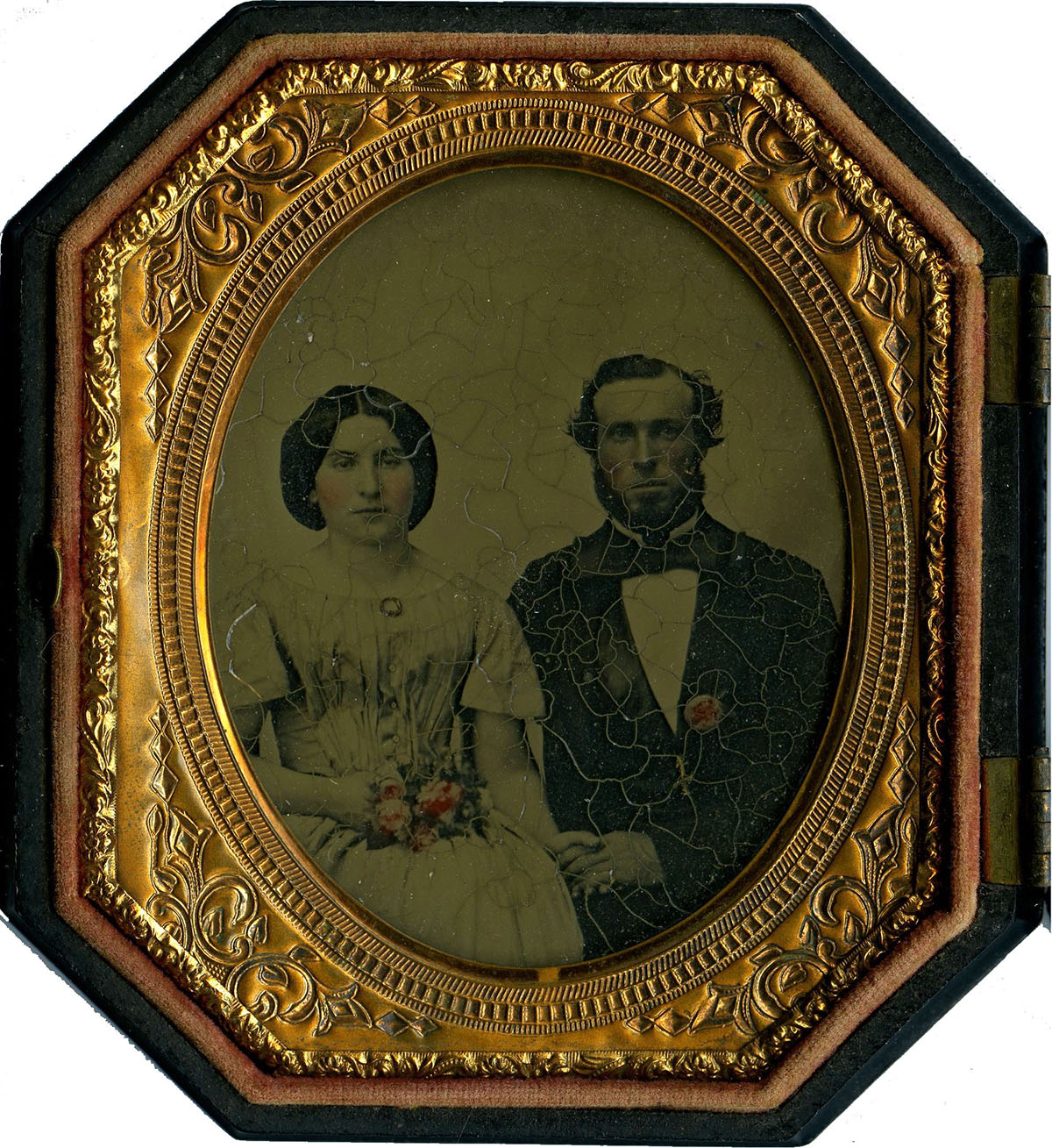 This daguerreotype photo was taken about 1859 commemorating the marriage of  Angus and Margaret Jean.

Angus McDonald was born 18 August 1833 and died 25 Oct 1908.  According to his death registry he was born at Little Harbour although his obituary states he was born at the Ponds, Merigomish.  Angus ran a Pictou grocery for several years until being appointed Customs Officer in 1884.  A position he held until his death.

Angus and Margaret Jean had five children who survived to adulthood.  Their sons were  James P, born about 1860, William born 1865 and Angus aka Gus born 1871.  Their daughters, Maud and Grete were born 1873 and 1878, respectively.

James P moved to Melrose, Middlesex County, Massachusetts in his twenties to pursue the printing trade he had learned in Pictou.  He married but had no children.   William was a barrister in Pictou and married Margaret Jean Babin.  Gus was a painter in Pictou who married Ethel Steeves of Sussex, New Brunswick.

Maud and Grete lived most of their lives in Pictou town except for a few years in the mid 1920s when they lived in Everett, Middlesex, Boston.