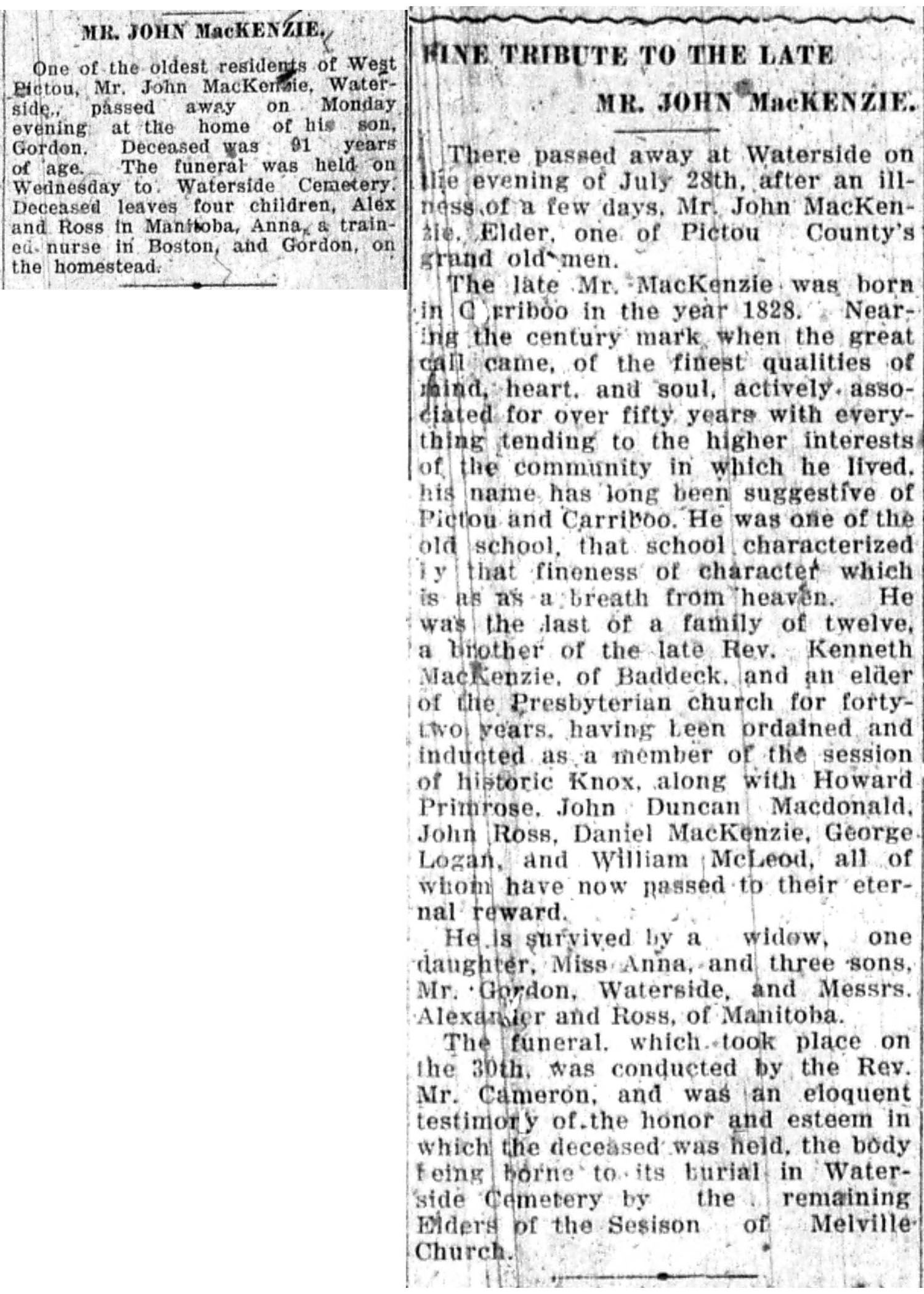 One of the oldest residents of West Pictou, Mr. John MacKenzie of Waterside, passed away on Monday evening at the home of his son, Gordon.  Deceased was 91 years of age.  The funeral was held on Wednesday to Waterside Cemetery.  Deceased leaves four children, Alex and Ross in Manitoba, Anna a trained nurse in Boston, and Gordon, on the homestead.

There passed away at Waterside on the evening of July 28th, after an illness of a few days, Mr. John MacKenzie, Elder, one of Pictou County's grand old men.

The late Mr. MacKenzie was born in Carriboo in the year 1828.  Nearing the century mark when the great call came, of the finest qualities of mind, heart, and soul, actively associated for over fifty years eith everything tending to the higher interests of the community in which he lived.  His name is long been suggestive of Pictou and Carriboo.  He was one of the old school, that school characterized by that fineness of character which is as as a breath from heaven.  He was the last of a family of twelve, a brother of the late Rev. Kenneth MacKenzie of Baddeck and and elder of the Presbyterian church for forty-two years, having been ordained and inducted as a member of the session of historic Knox, along with Howard Primrose, John Duncan Macdonald, John Ross, Daniel MacKenzie, George Logan, and William McLeod, all of whom have now passed to their eternal reward.

He is survived by a widow, one daughter, Miss Anna, and three sons, Mr. Gordon, Waterside, and Messrs Alexander and Ross, of Manitoba.

The funeral, which took place on the 30th, was conducted by the Rev. Mr. Cameron, and was an eloquent testimony of the honor and esteem in which the deceased was held, the body being borne to its burial at Waterside Cemetery by the remaining Elders of the Session of Melville Church.