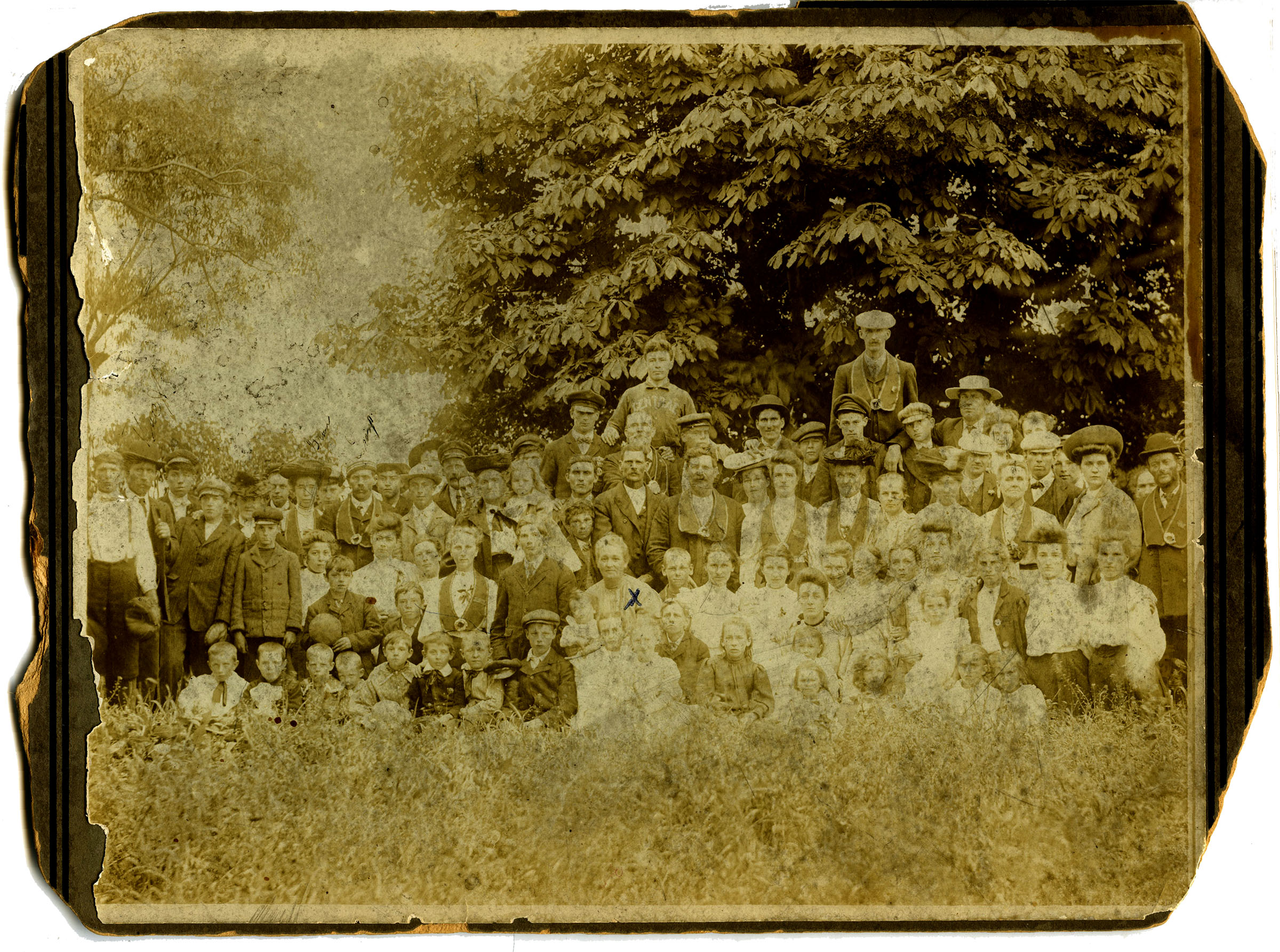 Milton Hemphills father John Hemphill is standing behind her.  Several of Miltons brothers and sisters are with them.

This is a picture of the Georgetown Temperance Society.

Johns father was James Hemphill born 1808 in Ballyrashane-Dunmull County, Antrim, Northern Ireland, died 1892 in Georgetown, PEI. James emigrated to Canada in the early 1830s and married Mary Anne Pentz and they had 12 children including John.