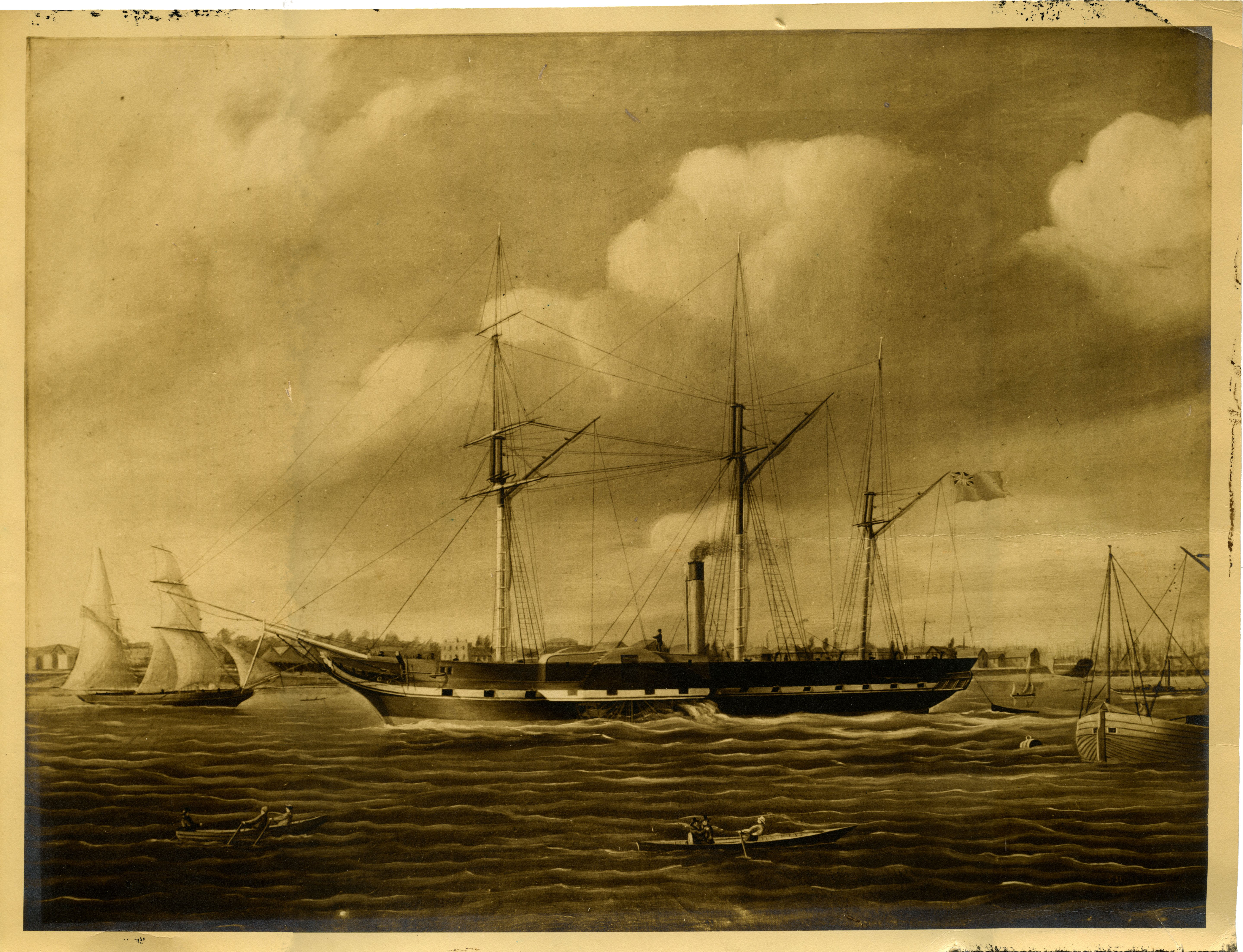 The first seagoing steamship built in Canada. She was a steam propelled vessel, the sails used as a secondary means of movement.

The Royal William was built in Cape Blanc, Quebec by John Saxton Campbell and George Black and launched in April 1831.

Samuel Cunard was a co-owner of the Royal William.

She sailed from the port of Pictou, Nova Scotia across the Atlantic on August 18, 1833. Using steam engines and captained by John McDougall she arrived in Kent, England on September 11, 1833.