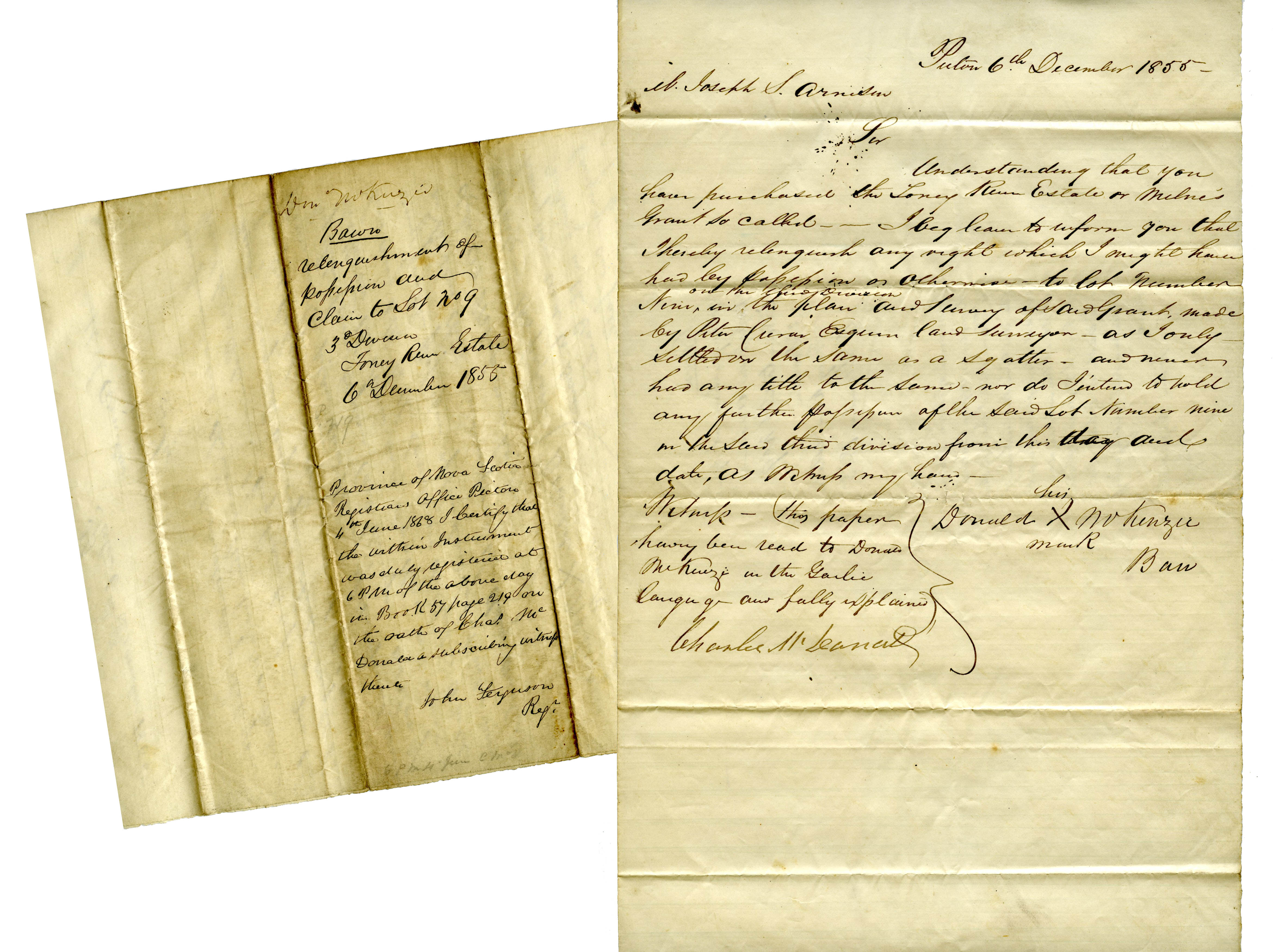 Province of Nova Scotia Registrars Office Pictou 4th June 1868 I Certify that the within Instrument was duly registered at 6 PM of the above day in Book 57 page 219 on the oath of Chas. McDonald a subscribing witness therein

Understanding that you have purchased the Toney River Estate or Milne's Grant so called — I beg leave to inform you that I hereby relinquish any right which I might have had by possession or otherwise — to lot number nine on the third Division in the plan and survey of said Grant, made by Peter Crerar Esquire land surveyor — as I only settled on the same as a squatter — and never had any title to the same, nor do I intend to hold any further possession of the said Lot Number nine in the said third division from this day and date, as witness my hand — Donald M'Kenzie, Ban, X his mark