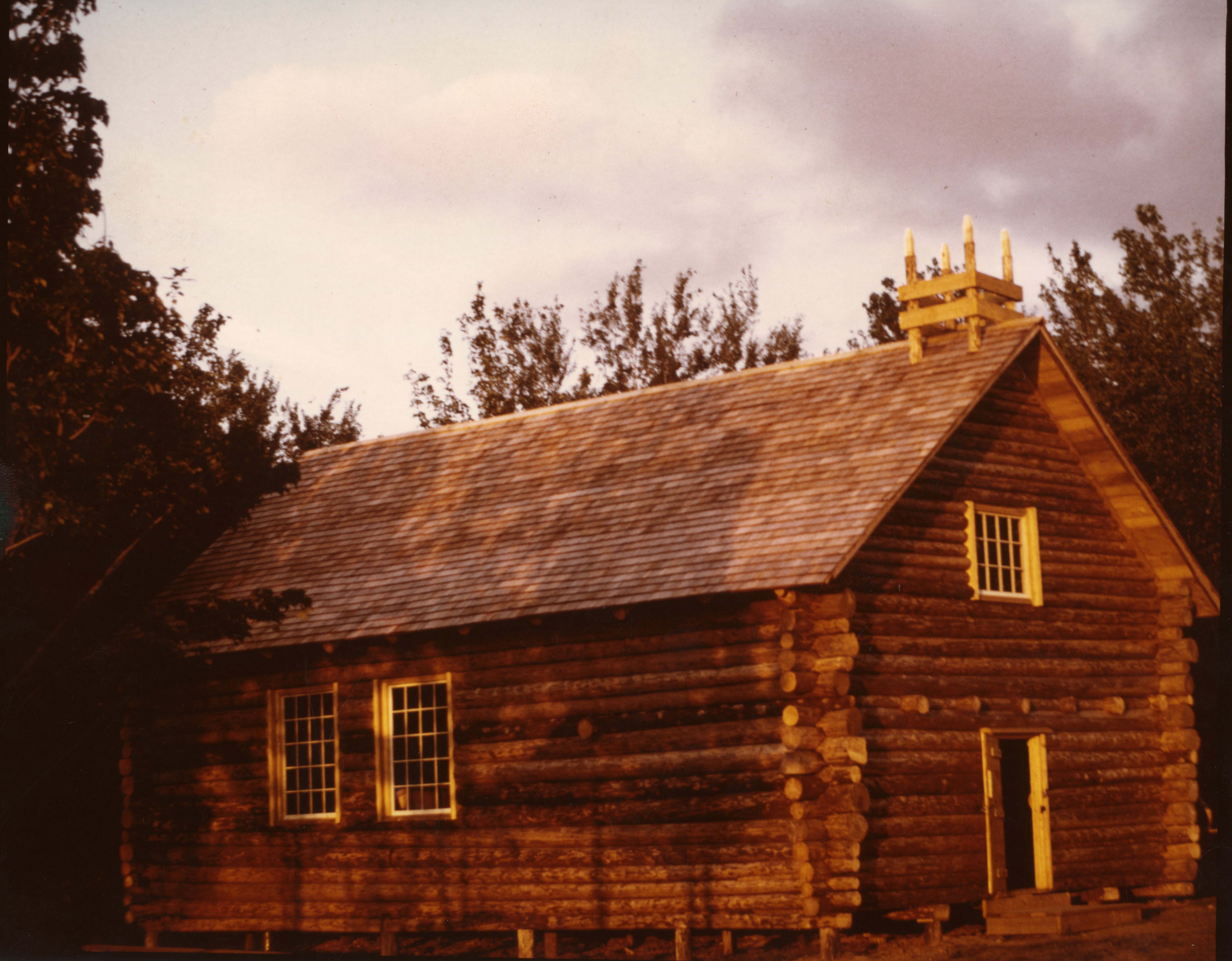 Replica of the first log church built in Pictou County.  The original log church was built in 1787 in Loch Broom.

The replica church pictured was built in 1978.

The article below was taken from "Nova Scotia History Roots" in the Halifax Herald.

"During this month" (July) McGregor states, "the men were chiefly engaged in building the two meeting houses; but, instead of employing contractors to build them, they agreed to divide the work into a number of lots and appointed a party of themselves to every lot.  One party cut the logs and hauled them to the site; another hewed them and laid them in their place; a third provided boards for the roof and floors; a fourth provided the shingles; those who were joiners were appointed to make the doors and windows, and those who did not care to work provided the glass and nails.  Moss was stuffed between the logs to keep out the wind and rain; but neither was one of them seated otherwise than by logs laid where seats should be.  Public worship was conducted in the open air all this summer, and part of harvest, till the churches were finished, and we had the same kind Providence preserving us from wind and rain and tempest as we had last year; but no sooner were the houses built than great rain came on the Sabbath."

These two churches were some thirty-five or forty feet long, by twenty-five or thirty feet wide.  The only seats in them at first were logs of wood or slabs supported on blocks.  There was a gallery or upper story, with similar seats, to which the young went up by a ladder.