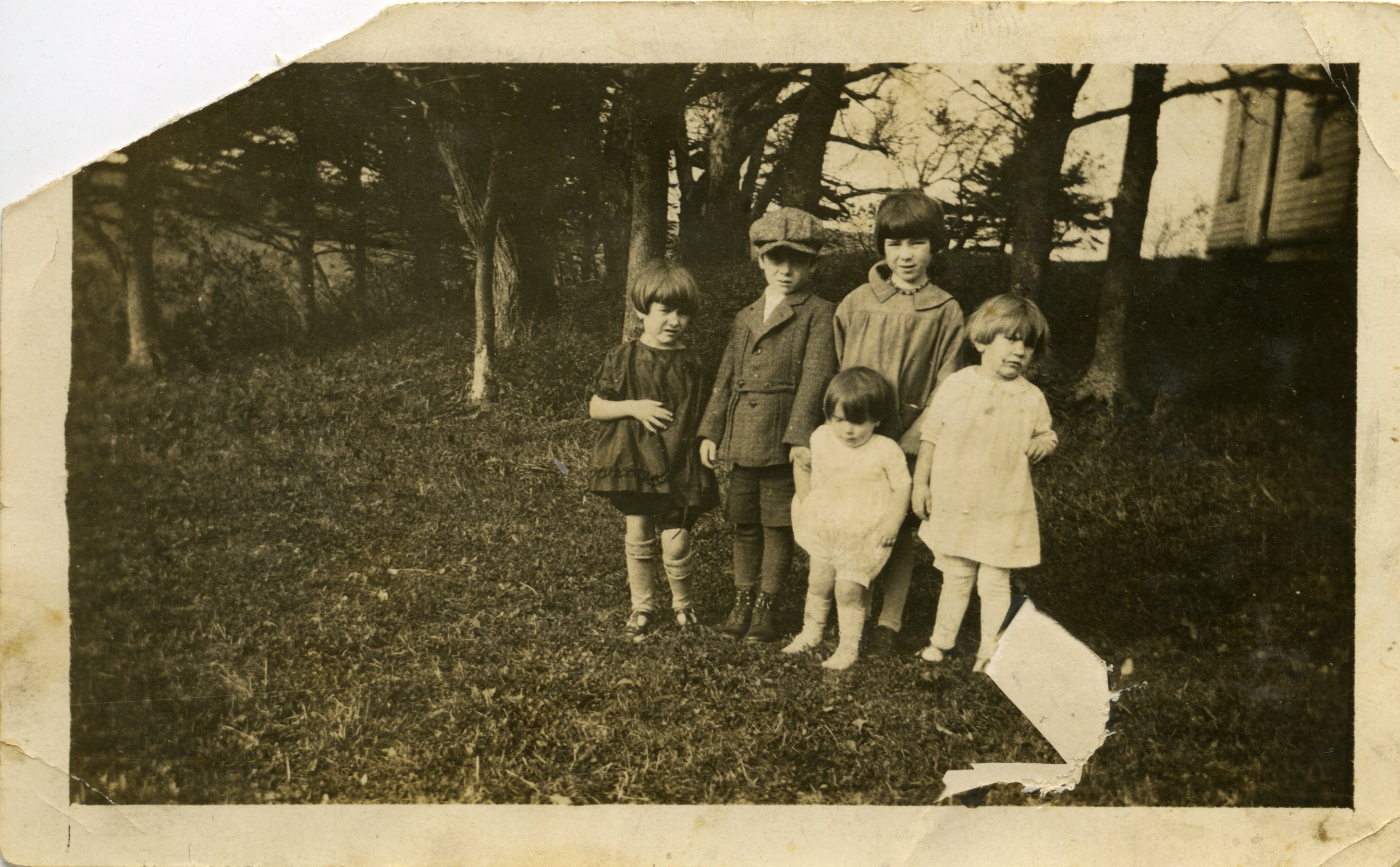 Photo of A.W. "Bill" Dewar's and Mary Isabel "May-belle" MacGregor's children. In front is Elizabeth "Beth,", and in back from left to right are Anne, Allan, Janet, and Margaret Dewar. Photo taken late 1920s.

Beth Dewar later married farmer Medford MacLeod of West River and was a teacher at the nearby school. Alan fought in WWII and then moved to Ontario. Margaret became a nurse, and Janet moved to British Columbia with her husband Mike Messaros.

Alexander William "Bill" Dewar is a relative of the Dewar family that ran the mills in Barney's River (and were the namesake of "Dewar's Mills" village).