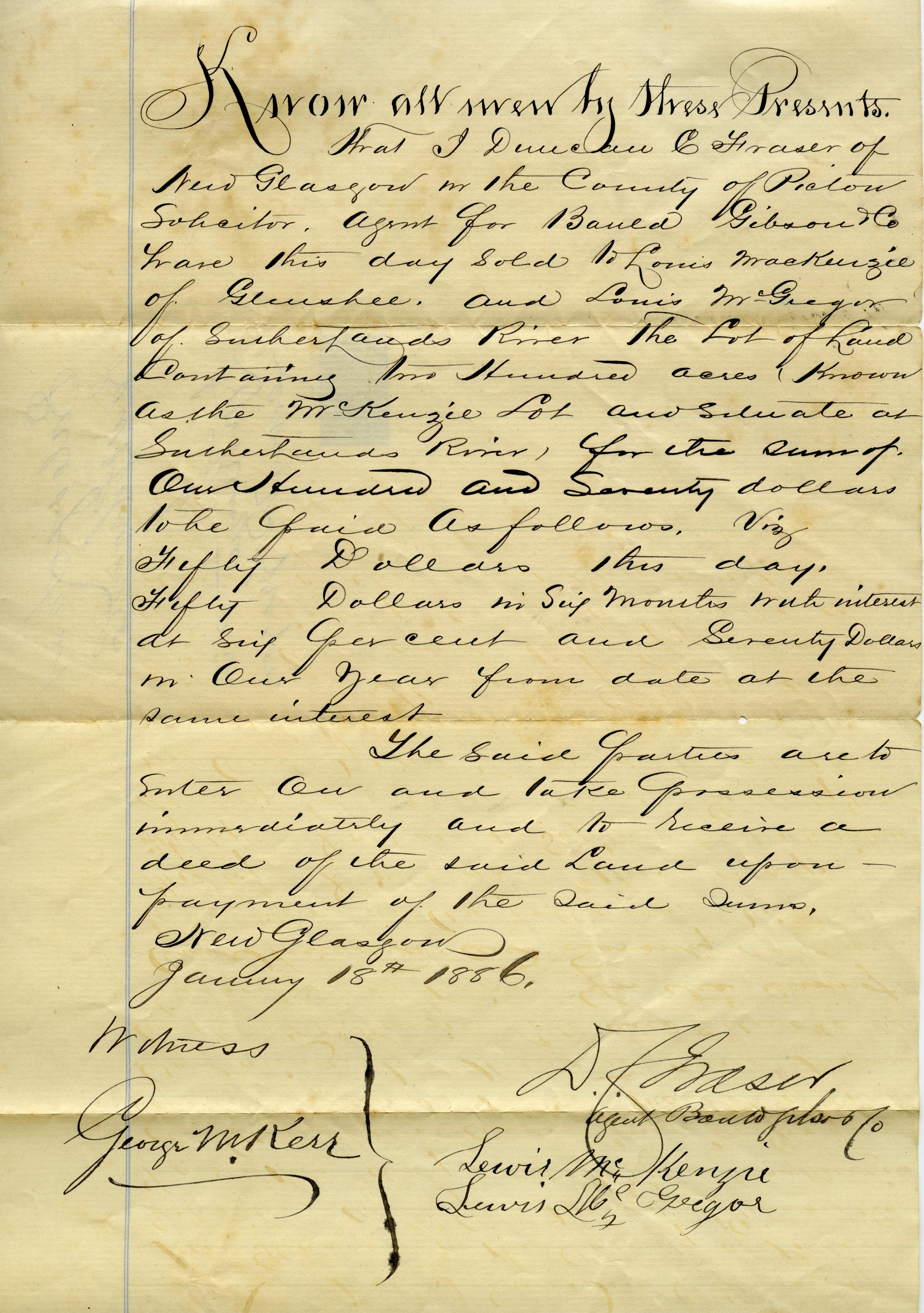 Know all men by these presents that I Duncan C Fraser of New Glasgow in the County of Pictou, Solicitor, agent for Bauld Gibson & Co. have this day sold to Louis MacKenzie of Glenshee and Louis McGregor of Sutherlands River the lot of land containing two hundred acres known as the McKenzie Lot and situate at Sutherlands River, for the sum of one hundred and seventy dollars to the aforesaid as follows, viz. fifty dollars this day, fifty dollars in six months with interest at six percent and seventy dollars in one year from date at the same interest.

The said parties are to enter one and take possession immediately and to receive a deed of the siad land upon payment of the said sums.