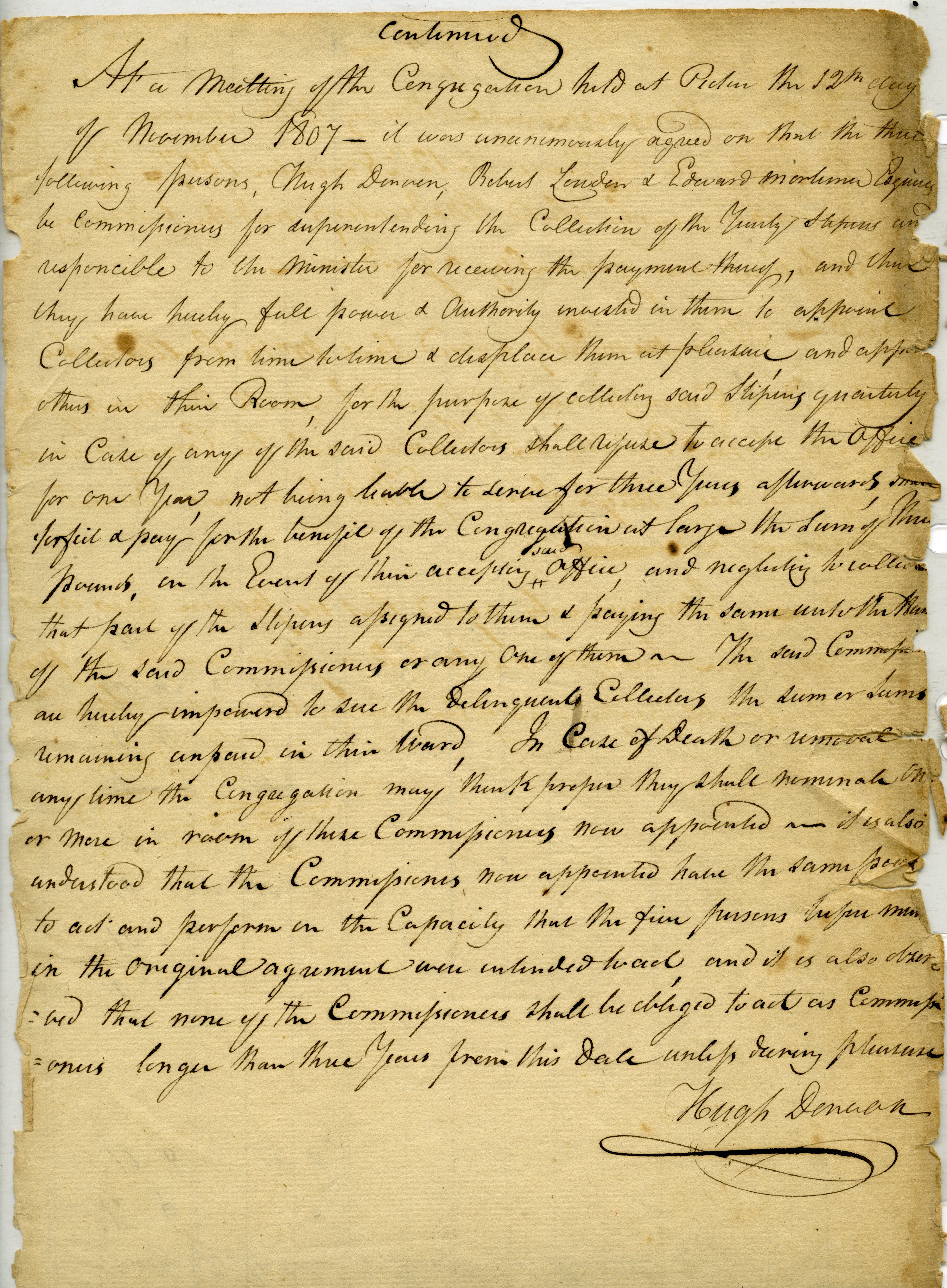 At a meeting of the Congregation held at Pictou Thur 12th day of November 1807 - it was unanimously agreed on that the three following persons, Hugh Denoon, Robert Lowden & Edward Mortimer, Esquire, be commissioners superintending the collection of the yearly stipend and responsible to the minister for receiving the payment thereof, and thus they have hereby full power & authority invested in them to appoint collectors from time to time & displace them at pleasure and appoint others in their room for the purpose of collecting said stiping quarterly in case of any of the said collectors shall refuse to accept the office for one year, not being --- to serve for three years afterwards shall forfeit and pay for the benefit of the congregation at large the sum of three* pounds in the event of their accepting said office and neglecting to collect that part of the stipend assignment to them & paying the same unto that number off the said commissioners or any one of them.  The said commissioners are hereby impowered to sue the deliquent collectors the sum or sums remaining unpaid in their ward.  In case of death or removal any time the congregation may think proper they shall nominate one or more in room of these commissioners  now appointed.  It is also understood that the commissioners now appointed have the same power to act and perform in the capacity that the five persons before mentioned in the original agreement were intended to act and it is also observed that none of the commissioners shall be obliged to act as commissioners longer than three years prev. this date unless during pleasure