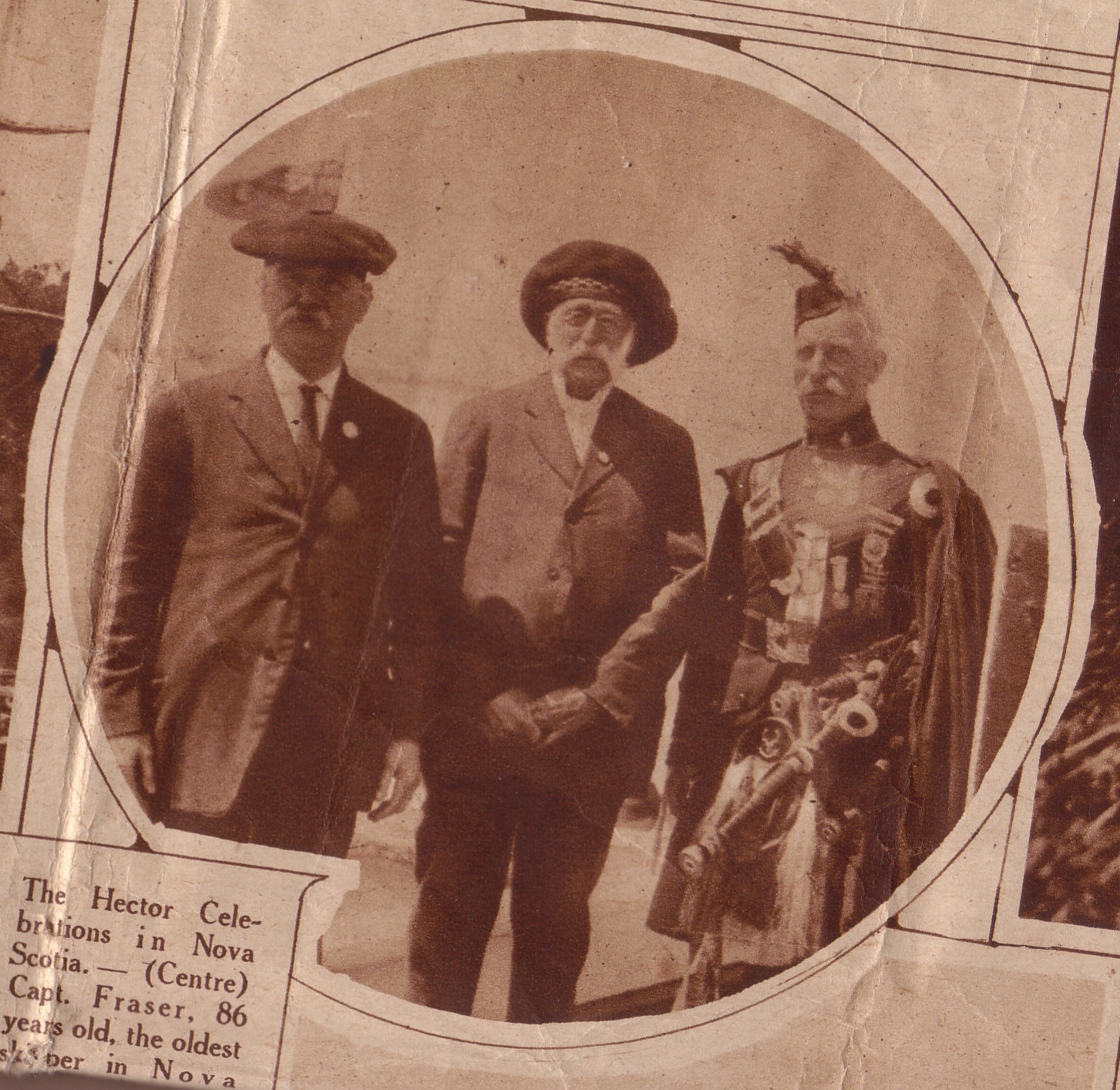 Photo from the 150th anniversary of the landing of the Ship Hector's article in the Montreal Standard.

"The Hector Celebrations in Nova Scotia - (centre) Capt. Fraser, 86 years old, the oldest skipper in Nova Scotia, who acter as skipper of the Hector (left) Capt. James Meikle, who acted as mate; and (right) the piper who played the Hector into Pictou harbor."